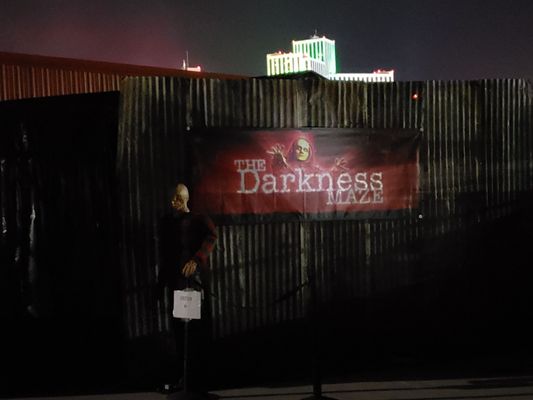 There are no reviews of
Slaughter House.
Be the first to ⭐ Write a Review.

Slaughter House is held at Greater Nevada Field, which is where the Reno Ace's play. They offer the usual Haunted House experience and a Haunted Train attraction (more on that later). Considering if you purchased both attractions together (and getting access to the faster line) it would be cheaper, we decided to go that route. ... More

Slaughter House Haunted House at Greater Nevada Field 2019 OPENS Oct 4th -Nov 2nd 2019!! Reno Fright Fest has partnered with the Reno Aces to bring Northern Nevada's #1 Haunted Attraction to the Reno Aces Ballpark. Over the past 14 years, Reno Fright Fest has become the largest, highly anticipated, most attended and talked about Halloween Attraction in Northern Nevada. Our vision has been to ... More