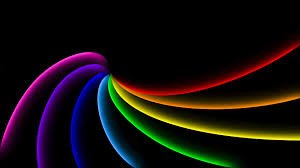 There are no reviews of
ABC Plating And Polishing Services.
Be the first to ⭐ Write a Review.

For all your chrome, nickel, copper plating, and polishing needs, choose ABC Plating. We’ve been serving the Reno and Sparks area for over 57 years. We offer complete restoration at competitive shop rates. All our work is performed with high accuracy and full quality control. Call us today for a free estimate. More

2 reviews of ABC Plating & Polishing Services "Sent my chrome to ABC from out of state. Rex took in the job, 17+ parts for re-chrome from a 1938 Pontiac. Rex and the crew preformed the chroming in a few weeks, on time. The final chrome was much… More

Plating is Our Middle Name! Copper, Nickle, Chrome, Aluminum General Info Production Plating Family owned and operated since 1958, ABC Plating remains the only high-production chrome and nickel plating shop in northern Nevada. We are able to reduce your costs by completing all processes at our 7,000-square-foot facility in Sparks, Nevada. More